Every vehicle in the UK needs to be tested each year to ensure that it complies with roadworthiness standards. This is a legal requirement. The purpose of the M.O.T. Test is to ensure that cars, other light vehicles (including some Light Goods Vehicles), private buses and Motorcycles over a prescribed age are checked at least once a year to see that they comply with key roadworthiness and environmental requirements.

When your car is tested, the M.O.T. looks at some important items to see if it meets the legal requirements. The M.O.T. certificate is not a guarantee of the general mechanical condition of a vehicle however.
New powers to V.O.S.A. (Vehicle and operator services agency) V.O.S.A. have always had the power to ‘pull over’ to inspect vehicles on the road to ensure that they are safe to drive. Until last year, however, to carry out such roadside checks they had to have the police on hand because they (the police) were the only organisation with powers to stop vehicles. Last summer, however, having been accredited with the power to stop vehicles without the police in attendance, a scheme was piloted in a number of areas where V.O.S.A – on their own – carried out roadside checks.
V.O.S.A staff now have the powers to stop vehicles without any specific fault being apparent. Declaring the pilot scheme successful V.O.S.A now carry out their own checks nationwide whenever they choose. It is interesting to note that in one respect V.O.S.A.’s powers now exceed those of police themselves; for a police car to stop you they need to have a reasonable suspicion that you are doing something wrong; V.O.S.A on the other hand can stop cars at random to check the condition of the vehicle.
This also means that if they choose they could park outside a testing station and stop recently tested vehicles.

When should my vehicle take an M.O.T. Test?
Vehicles should receive their first M.O.T. when they reach 3 years of age.
If a car is registered with no prior use on the road, the M.O.T. will be required three years after the date of manufacture. For example, a car registered “from new” on 25th April 2000 will require its M.O.T. no later than 25th April 2003. If a car is used prior to registration, as would be the case with an import, the M.O.T. will be required three years from the end of the year of manufacture. For example a car manufactured at any time in 2000 will require an M.O.T. no later than 31st December 2003. There is no grace period given after these dates.

How early can my car be submitted for test?
An M.O.T. can be carried out at any time.
If the vehicle is presented for test within the calendar month prior to the date that the M.O.T. is due, the test certificate will run from the date of the test to one year after the expiry date of the current certificate (e.g. if the current certificate was due to expire on 1/4/03, and the vehicle was presented on or after 2/3/03, the certificate would run from the test date until 1/4/04). To have this extension, the vehicle owner should present their old certificate to the Test Station to verify that the extra time is applicable. The tester would then write the serial number of the old certificate in the appropriate section of the new certificate.
The same rule would also apply if the vehicle was taken in within a calendar month of its first M.O.T.. In this case, the vehicle owner would need to present their registration document and the serial number from this document will be entered in the “last certificate serial number” box on the M.O.T..
If the vehicle is tested earlier than one month before its due date, it will only run for twelve months.

Check when your vehicle is due for its MOT and tax renewal….

Check the MOT history of a vehicle. 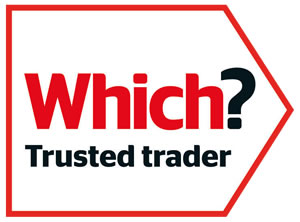 Knowledge and advice you can trust

Here at The MOT Shop Ltd of York we've been established for almost 20 years. We were York's first MOT only shop and are still unique in that we have no affiliation with any garages or workshops. This means that when you bring your vehicle to us for an MOT you know that not only are you getting a wealth of knowledge and expertise, but that you can trust us to only recommend work you really need doing. Call us today to arrange an appointment.

Your MOT is essential 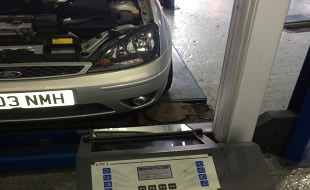 Everyone who uses a vehicle on the road is required to keep it in a roadworthy condition. The purpose of the MOT Test is to ensure that cars, other light vehicles (including some Light Goods Vehicles), private buses and motorcycles over a prescribed age are checked at least once a year to see that they comply with key roadworthiness and environmental requirements. Why not take advantage of our MOT reminder service?
Contact us for details.

We can MOT all Class 1-4 vehicles: 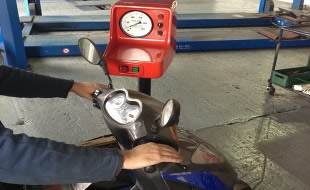